A Sports Story with recollections of dumb decisions made by sportswriters, players, managers, and even owners. 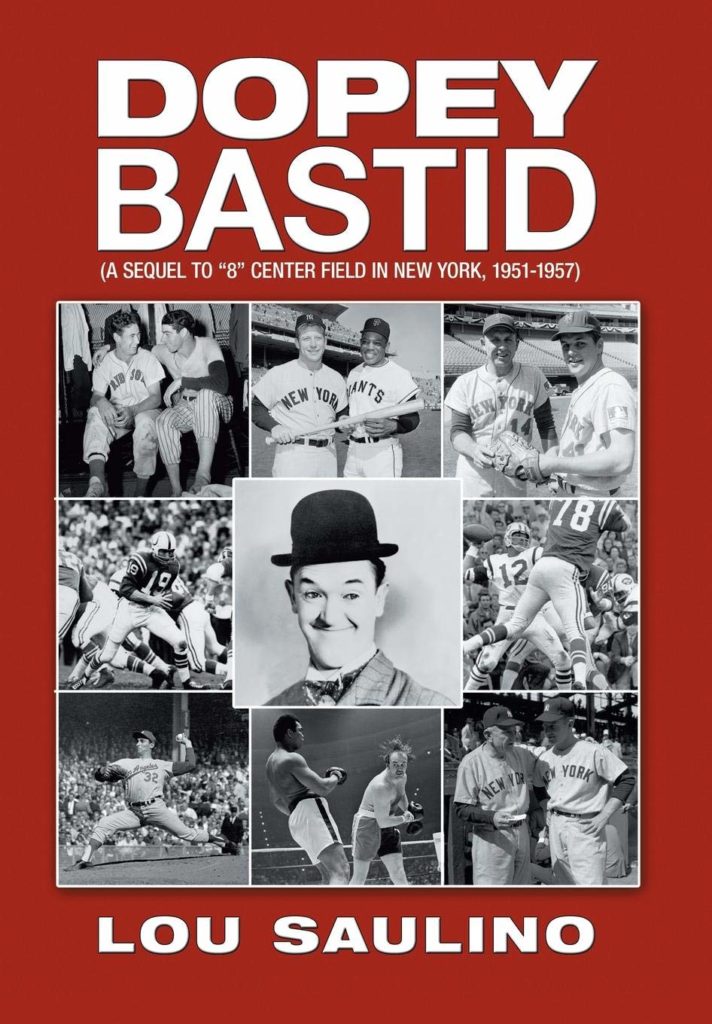 “Dopey Bastid” A Sports Story with recollections of dumb decisions made by sportswriters, players, managers, and even owners.
A Historical Sports Fiction Book For The Ages

Dopey Bastid The sports discussions of three good buddies continue in the historical fiction Dopey Bastid. This sequel to “8” Center Field in New York, 1951-1957 humorously and authentically depicts dumb decisions of sportswriters, mangers, players and owners. You will scratch your head as you try to digest the blunders of so-called experts, while you laugh at loud and reflect on the meaning of friendship.

YES! I’m ready to order Dopey Bastid and read A Sports Story with recollections of dumb decisions made by sportswriters, players, managers, and even owners that will leave me scratching my head!  I want to recount  several  incredibly Dumb Decisions in the World of Sports.  From baseball to football to basketball, with sports betting identifications and beyond.  I want the three main characters (Bob, Joey, & Lou) to take me on an historical sports journey.  By reading Dopey Bastid, I have an opportunity to review the facts of dumb decisions such as:

“Saulino is a talented story teller and the way he mixes nostalgic sports stories with those of the group of friends is smart and inventive.”

“the three close friends descriptions of the foibles of sports personalities will entertain and enlighten even the most dedicated sports fans."

“Many of the interactions are genuinely amusing and evocative of New York in that time period, and the author’s perspective on legendary sports figures is engaging.”

“The famous retelling reminds the reader what it is like to hear stories from the friendly guy sitting next to you at the bar."

“Saulino can write good dialogue and create believable settings…..Readers will look forward to more adventures about the friends."